Sources of Knowledge and Energy 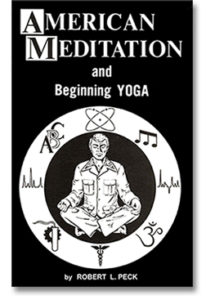 We promote self-development through a reintegration of ancient and modern science that assists individuals in reclaiming their creative powers and recognizing their connection to a universal, unifying Mind. This union of ancient and modern knowledge results from the Center’s ability to translate, understand and verify ancient scientific documents. In the past, politically motivated academicians have redacted and published these documents, primarily to deny Mind and denigrate the ancient methods. For that reason, the aim of the Personal Development Center is to re-integrate and unite ancient models which have been suppressed about the true nature of enlightened evolving individuals.

The Center offers articles, books, and translations resulting from over 40 years of non-profit research and teaching personal development. PDC publications showcase two basic qualities of humankind — the greatness of humans to evolve and their drive to bring forth advanced civilizations. Ironically, knowledge and cultivation of this greatness has become increasingly hidden because of the political power and control of institutions.

Currently, the Center is summarizing modern research on the individuality and innate inner powers of infants and young children. This information, combined with ancient methods of personal development, further confirms the possibility of reclaiming these inner powers in adulthood.

For example, Abraham Maslow made an unusual statement about the “growing tip ” of creative people in comparing them to children. “As the child looks out upon the world with wide, uncritical, innocent eyes, simply noting or observing what is the case, without either arguing the matter or demanding that it be otherwise, so does the self-actualizing person look upon nature in himself and in others.” 1

In addition, Gopnik’s earlier book concludes that philosophers throughout history have rarely discussed children, yet “ many profound questions about human nature can be answered by thinking about children.” Despite the fact that most people feel that, “…children help give their lives meaning… children have been almost invisible to the deepest thinkers in human history.” 3

The Personal Development Center’s upcoming book answers some unspoken questions raised by Maslow and Gopnik.  Most importantly, it presents a four millennia old Sanskrit text found hidden in an obscure medieval treatise. This Sanskrit document explains a science built upon the perfection of the inner creative power of children. Also, this creative power was used to create the remarkable Indus Valley Civilization, a millennia ahead of the rest of the world in its technology and its egalitarian social structure.

3. Alison Gopnik, The Philosophical Baby: What Children’s Minds Tell Us About Truth, Love, and The Meaning Of Life (New York: Farrar, Straus and Giroux, 2009) p. 236